We started off at a happy hour meetup that was an event where several meetup groups invited people to.  This was held at the top floor of the Red Lion Hotel.  It was an interesting event and we talked to a few interesting people.  While we were there we were clued into a big open house at Puppet Labs.  There is a big open source software conference here in Portland called OSCON 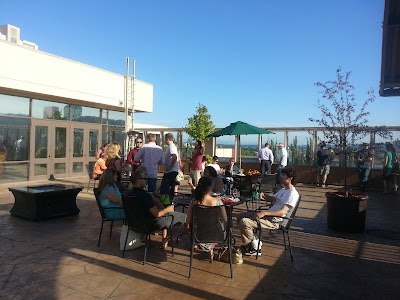 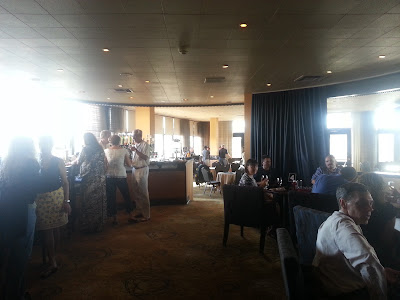 We really had a great and invigorating time at Puppet Labs.  They create open source software that allows you an automated way to maintain servers.  They have a wonderful facility with about 175 workers.  Their office is very nice and has video games, ping pong, and beer on tap.  They were very kind and gracious hosts and fed us a variety of tasty apps and gave us free beer and wine.  We stayed so late that we had to take a taxi home because the bus was running on their infrequent schedule.

One funny side note.  This was a tech event and people from around the world payed thousands of dollars to come to OSCON.  I ran across a young lady who boldly and confidently said that "she thought computers were a problem and they were too relied on".  I told her that she should just not use a computer or a cell phone and she should just shun them then.  She got huffy.  I found out that she had crashed the party for free beer.
Posted by A Travelers Log at 2:54 PM