Over 4th of July weekend we went to the Waterfront Blues Festival in Portland, OR.  That was 40 hours of blues on 4 stages over 4 days, and we were there for it all!  It only cost $60/person, so it was well worth it.  There were tons of people, but everybody was nice, and it was easy to find a spot close to the stage.  Plus, there was great weather and always a nice breeze from the river. 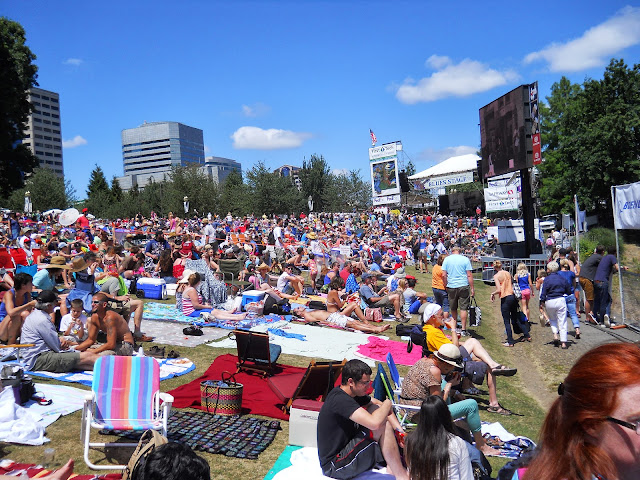 All the bands were good (or they wouldn't have been playing at the festival), but here are some highlights from the bands we saw (too bad we couldn't see them all)... 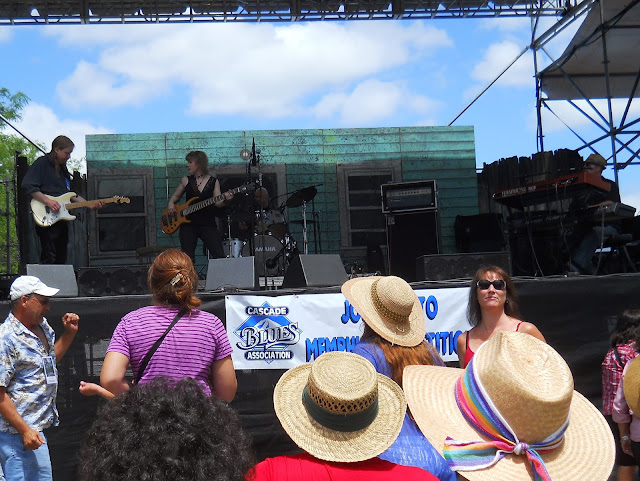 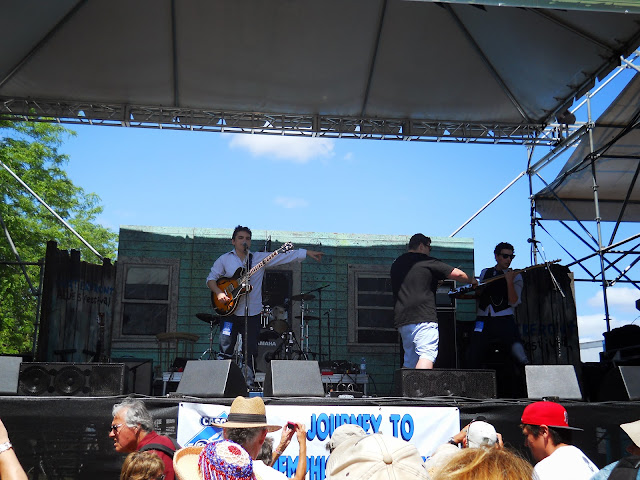 Ben Rice Band - They were also part of the Journey to Memphis Competition and ended up winning.  Good luck in Memphis! 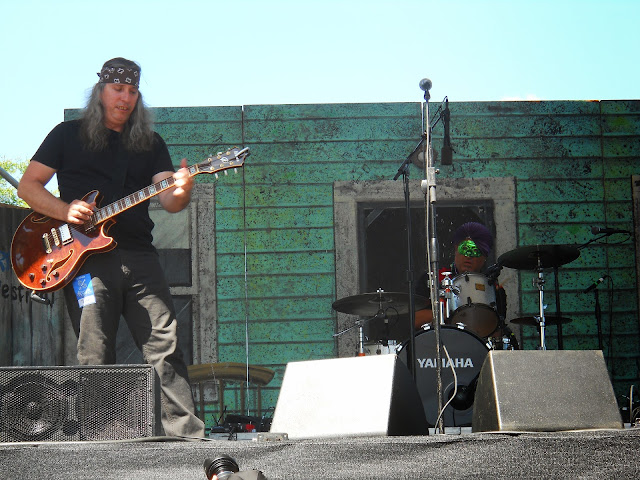 The Muddy Sons - They were 2012 winners of the Journey to Memphis Competition, and we can see why. Unique stage presence, and big sound from just two guys! 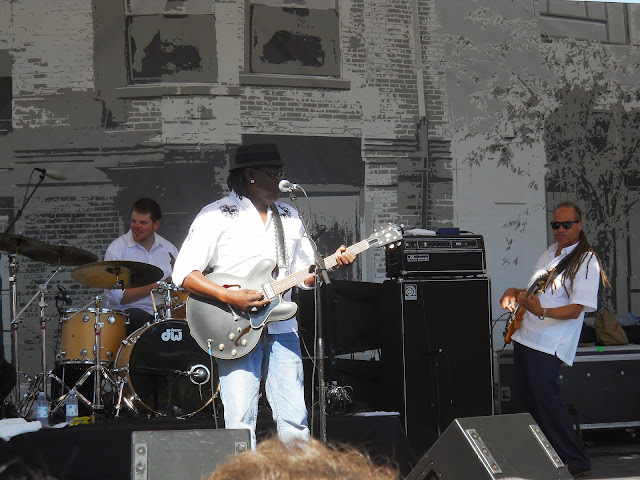 Joe Louis Walker - He really rocked the blues!  Definitely one of our favorites from the festival! 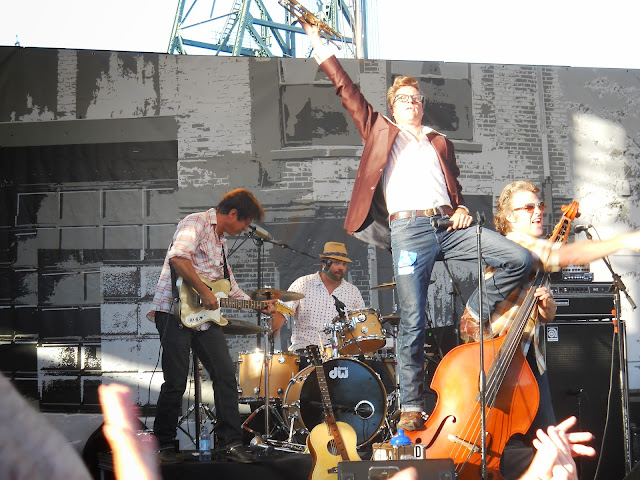 Dusty 45s -  Kind of psychobilly blues rock.  They reminded me a little of Reverend Horton Heat, and the lead singer/musician ended playing a flaming trumpet! 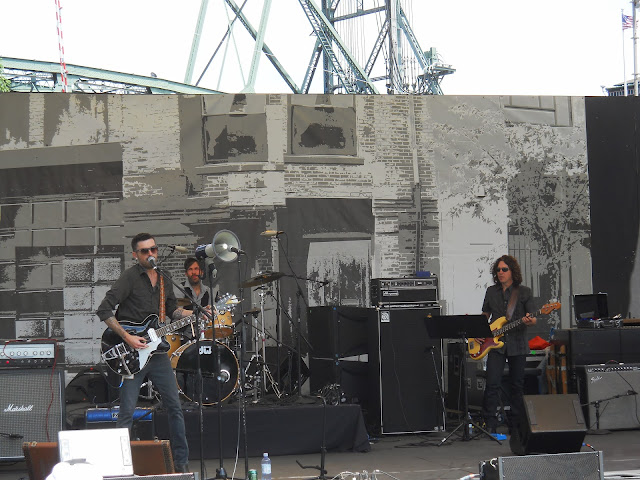 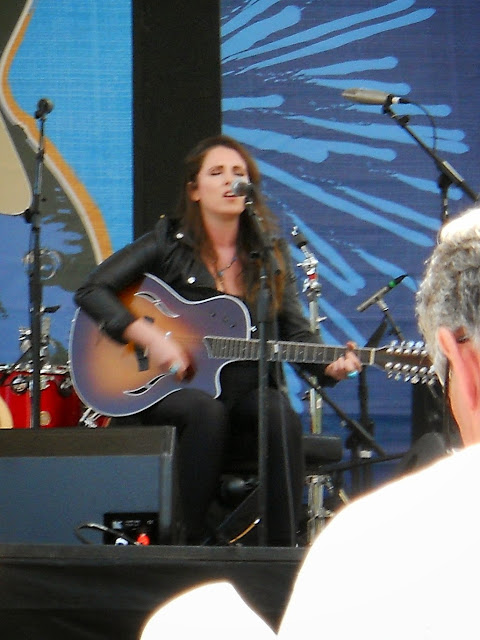 Sandi Thom - All the way from Scotland!  A girl, her guitar, and some heartfelt blues. 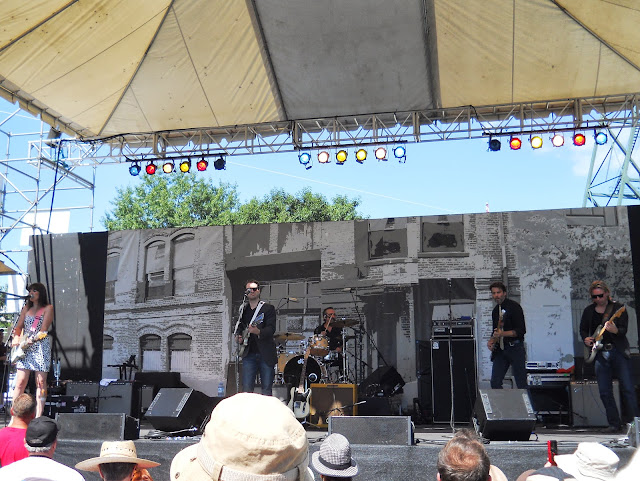 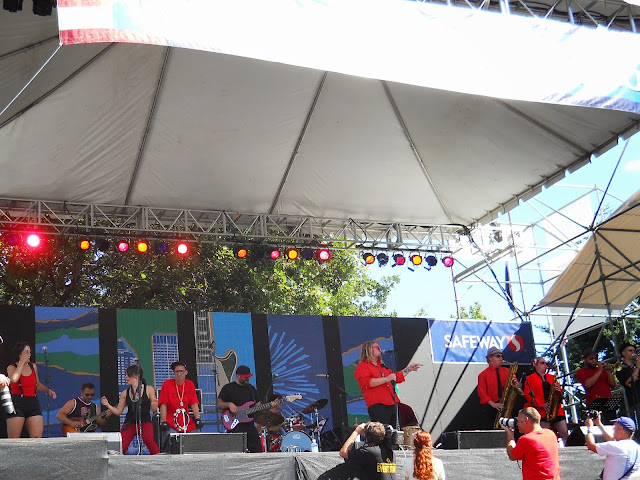 Eldridge Gravy & the Court Supreme - Funky, funky, funky!  Lots of energy in this large band!  You just couldn't help but dance.  Needless to say, they were another of our favorites. 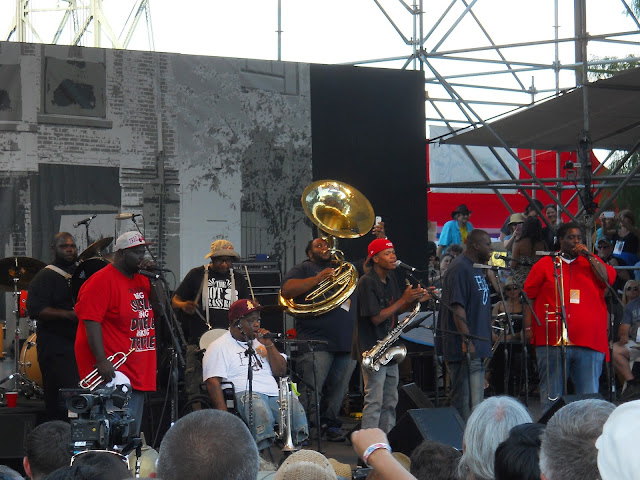 Hot 8 Brass Band - A nice reminder of our winters in New Orleans.  This is another band that just makes your body move. 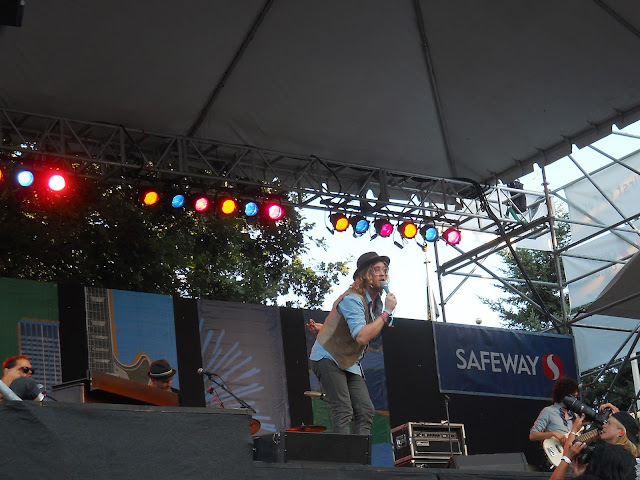 Allen Stone - I had just recently seen one of his videos on MTV, but I did recognize another song he played. He's better in concert than in his video. 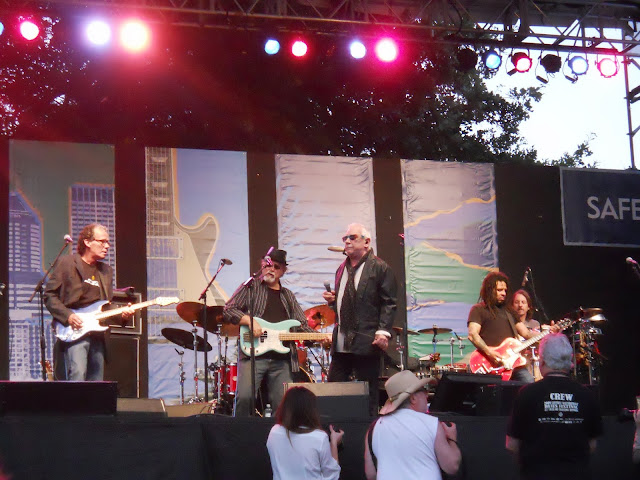 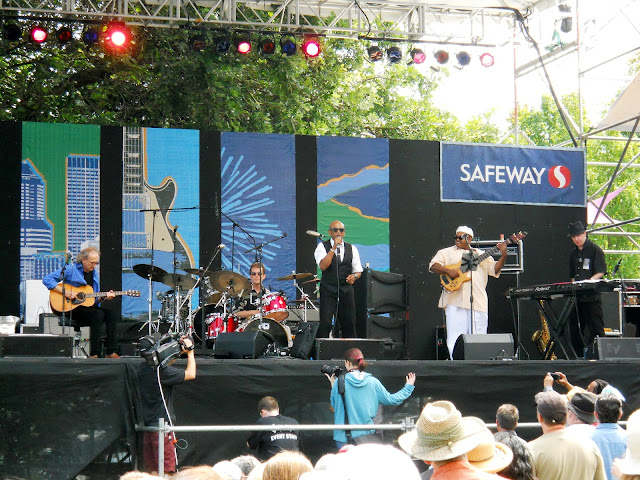 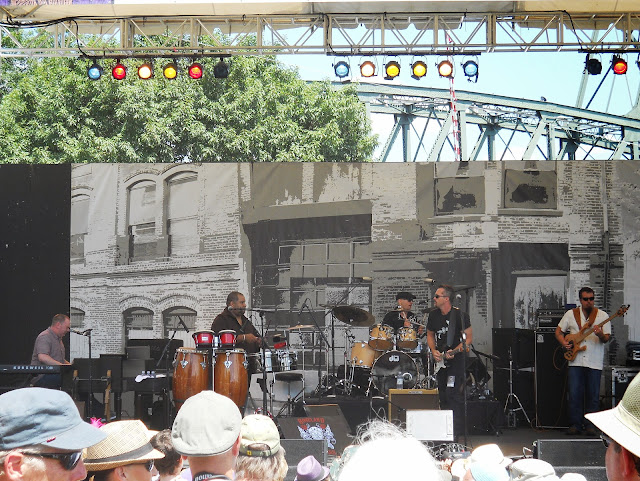 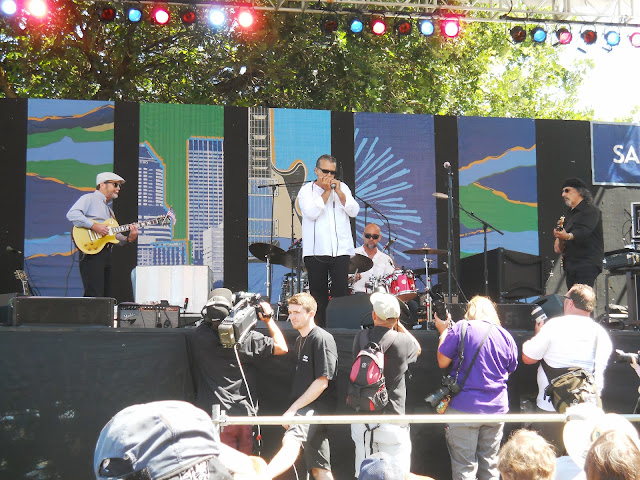 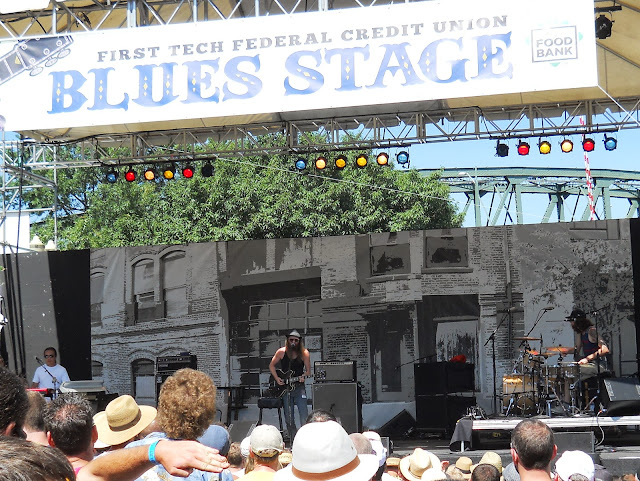 Scott Pemberton - Very good. We grabbed his flyer about his show at Doug Fir on July 19th and hope to be able to go. 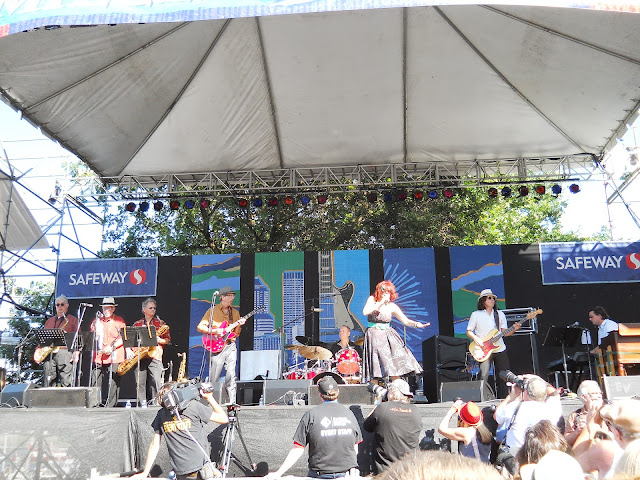 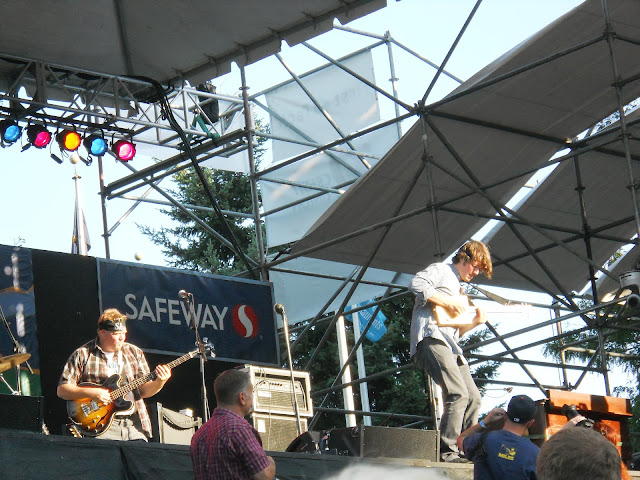 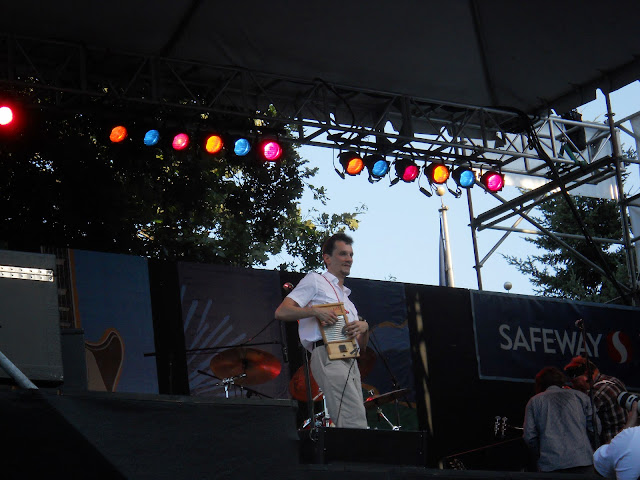 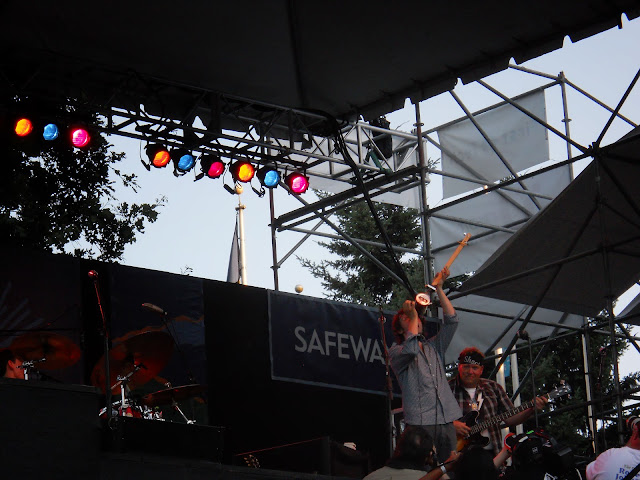 North Mississippi Allstars - FABULOUS!  Another favorite.  The lead singer played some unique instruments I had never seen before, including something that appeared to be a cross between a tiny guitar and a bullhorn.  He played it like a guitar, but then also sang thru it and his voice came out distorted.  Oh, and did I mention one guy played an electric washboard?! 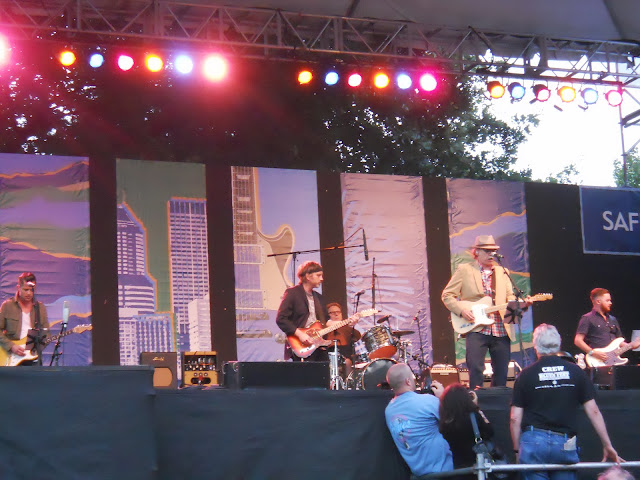 John Hiatt & the Combo - I'm sure they were happy nobody smashed a perfectly good guitar at this festival (at least, not that we saw). 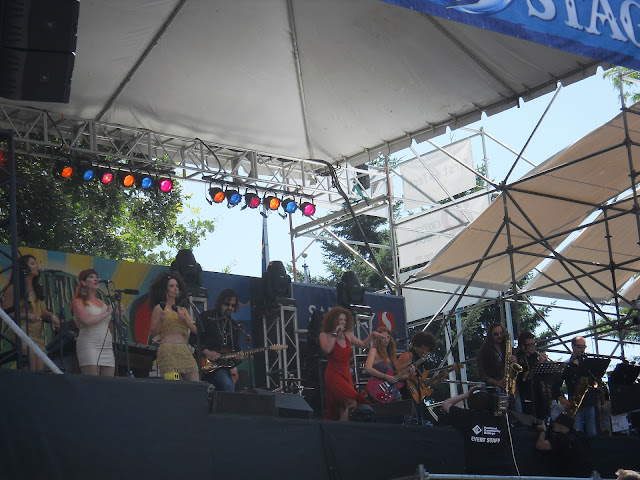 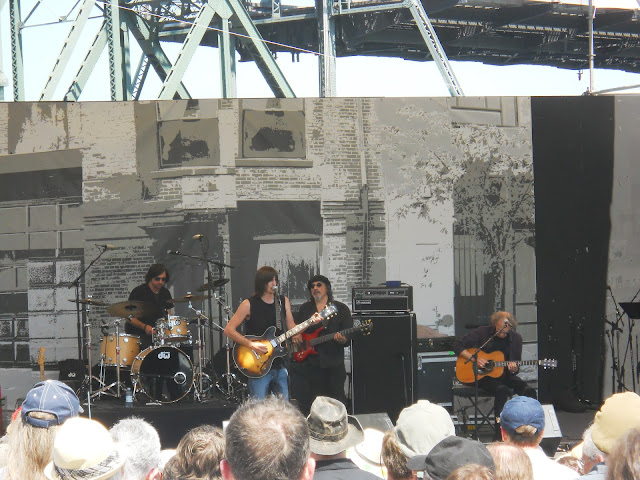 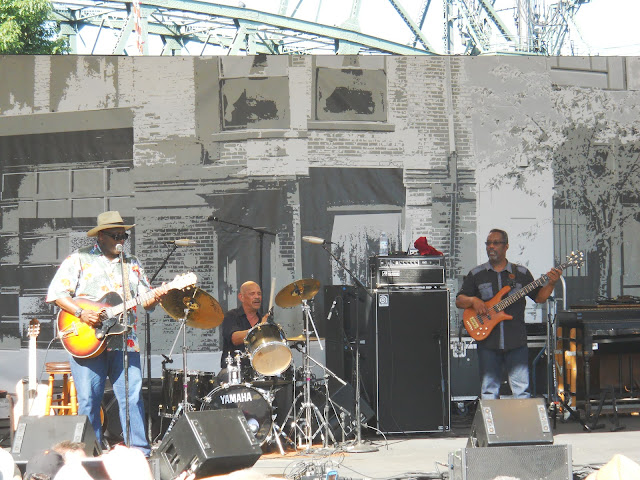 Taj Mahal Trio - How can you not like these legendary guys?  They really rocked the house, and are another favorite of ours! 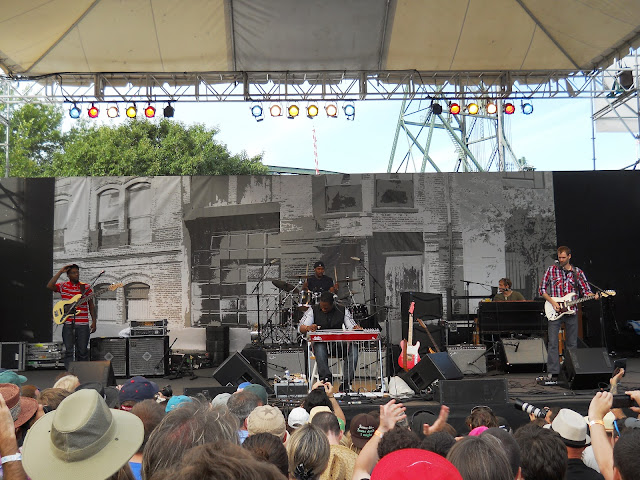 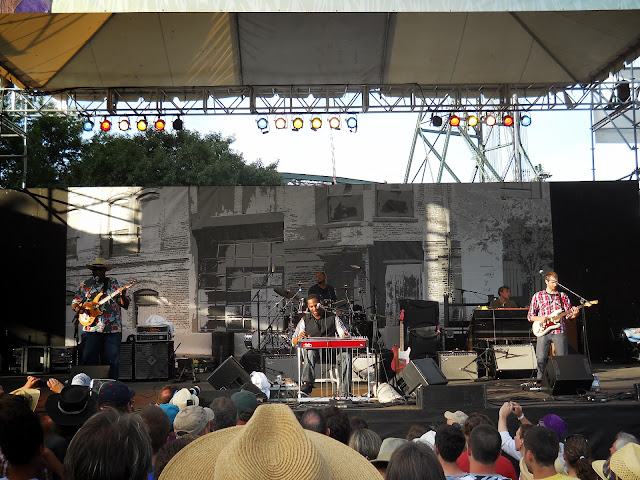 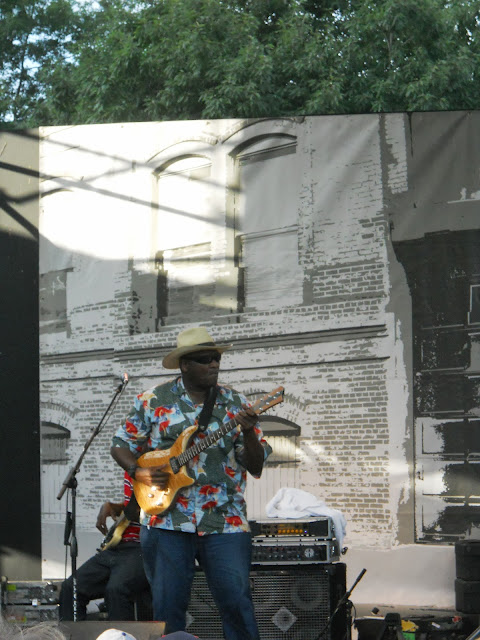 Robert Randolph & the Family Band - Another great performance!  We didn't know these guys before, but we really like them now.  They even got Taj Mahal to jam out a few songs with them! 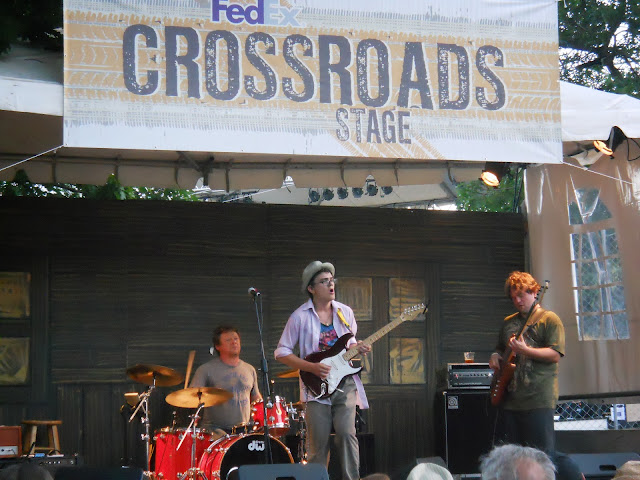 Simon Tucker Band - We actually ended up listening to this band on the little Crossroads Stage instead of battling the crowds to watch Robert Plant.  Lots of passion, and good music!  We were very happy with our decision.
﻿
﻿
Posted by A Travelers Log at 4:21 PM