There was a 7:15 social networking meetup to kick the day off.  This was in a panel format and the panelists were:


They all use advanced techniques for social media.  My takeaway is that there is x amount of time in the day and you have to make a plan and follow that plan and then monitor the results and improve from there.  It is a judgement call exactly how allocate your time and energy to social networking.  My other takeaway is that the way you use social networking is very specific to your industry and those needs.

After the social media breakfast I met with Justin and we talked about how to market the portland restaurants.  I talked to the guy in the hot dog food truck and got a card from him.  He didnt know anything about the Internet or social media.

After that I came back to the office and had a lunch meeting with Andrew Voss.  This guy is a real idea guy and really loves to debate.  We had a good lunch that made me think about several things.  I am also an idea guy that likes to debate so things were interesting at the meeting.

Then we found on Yelp that there was a free concert that was really good. 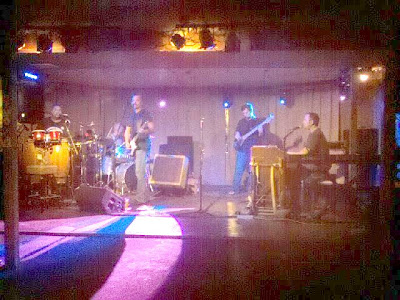