We slept in and then worked a while and then at 6 we drove to town and met with Lea and his neighbor who overseas the district's schools.  They have a lot of schools and no computers and I have an idea that we might be able to crowdfund some computers to get shipped in.

After that we headed to the Driftwood Bar and met a couple of cool people.  One guy was Jack and he plays music a couple of times per week.  The second guy was the bartender and he operates a fledgling tour company.  His name was Blaine.  He was very interested in doing a better job of promoting himself online.  We exchanged info and I e-mailed him on Christmas morning.

Too bad we screwed up and didn't take any pictures. 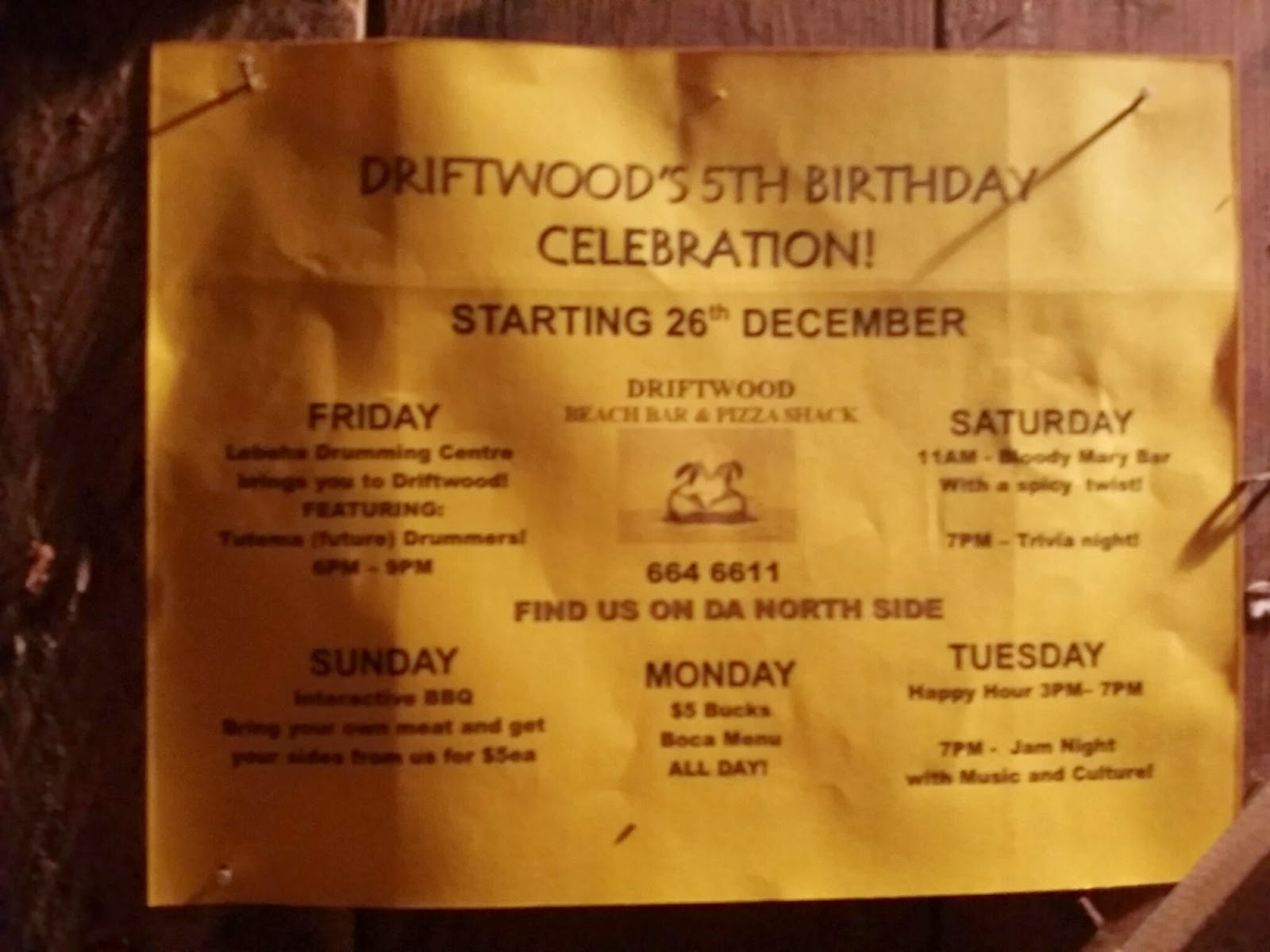