Garifuna is the dominant culture here in Hopkins, and November 19th is a national holiday to celebrate the anniversary of the day the Garinagu (as the people are called) arrived in Belize.  (Here is a good link to more info on the Garifuna history)  This holiday has most festivities occurring in Dangriga, Hopkins and Punta Gorda.  We stayed in Hopkins to see what goes on here.

We did go to the all night concert the night before, but due to an unusual circumstance the bands that usually play here were in Dangriga.  They did come play later, but they were just setting up when we called it quits at 2 am. 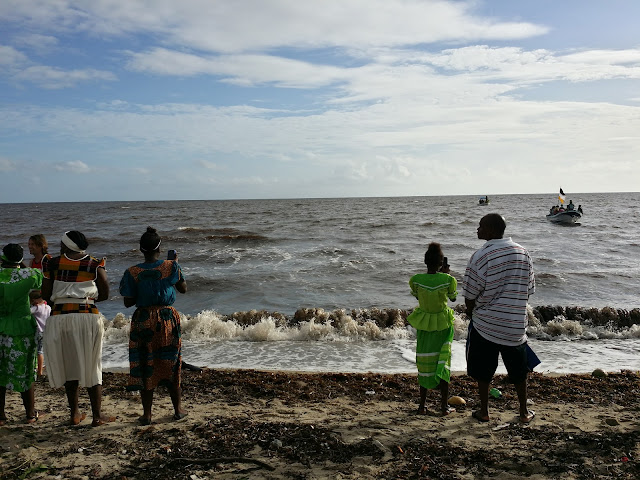 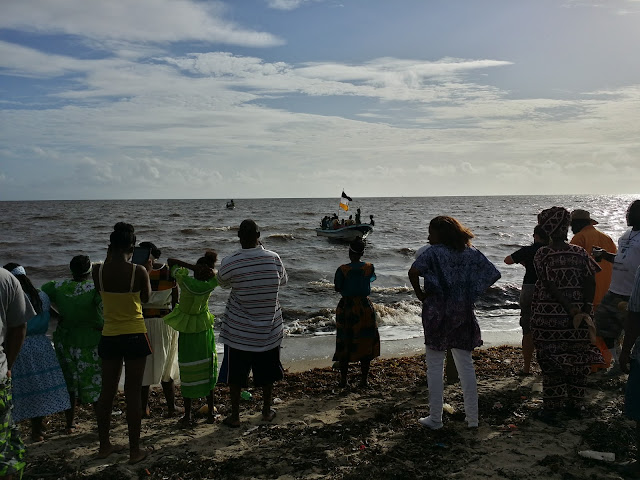 Cara hung out with friends for a while, then went home and took a nap.  There was supposed to be a parade through town around 2 pm so we both went back to check it out. 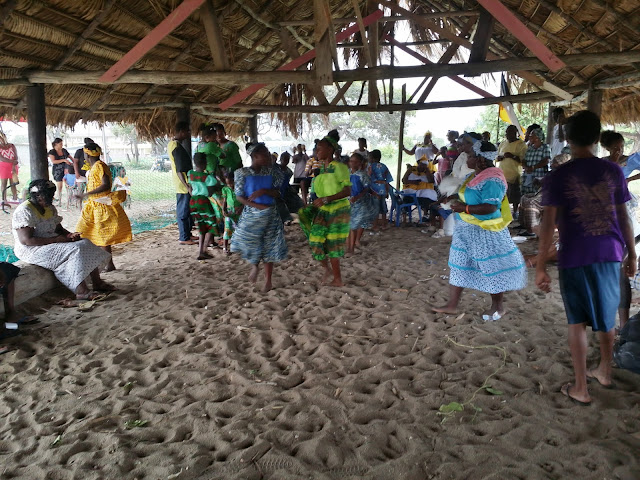 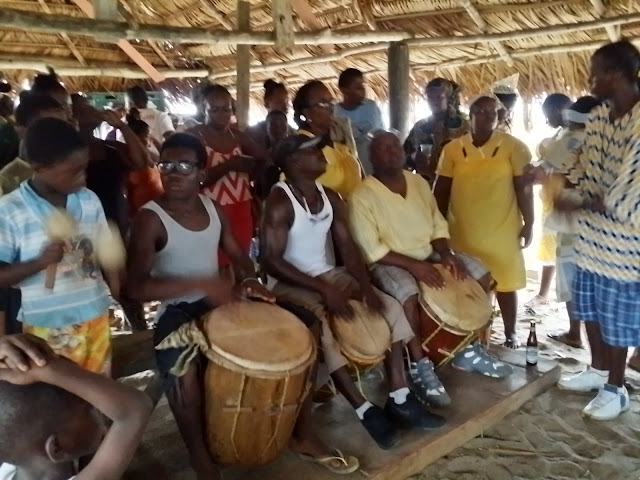 It was a long, tiring day, but it was tons of fun!  We don't know how the locals do it though.  Most stayed up all night for the previous night's concert, then went directly to the re-enactment, followed by church, then partying all day (and all night again for some).
Posted by A Travelers Log at 11:59 PM