We knew there was a concert to raise money for a surgery for DJ Boss' mother. We went and enjoyed the live music. We also then realized that we knew DJ Boss from when we gave him a ride away from the beach on a night a couple of years ago when there was a threat of a tsunami in Belize. (The tsunami never materialized, thankfully.) 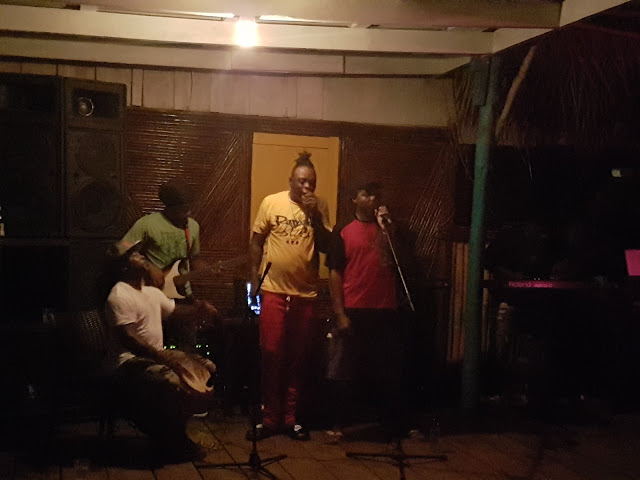 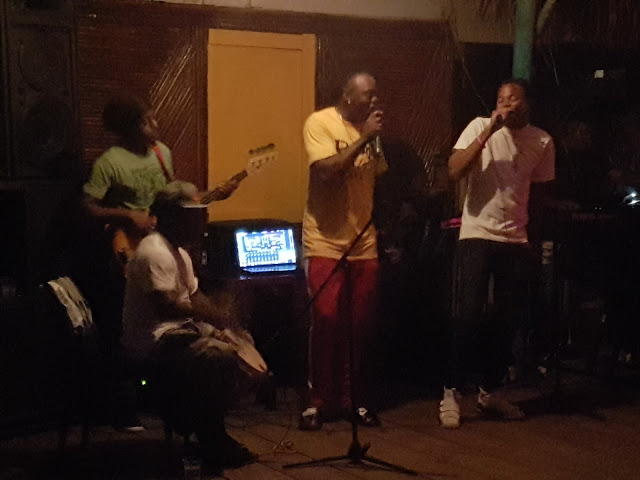 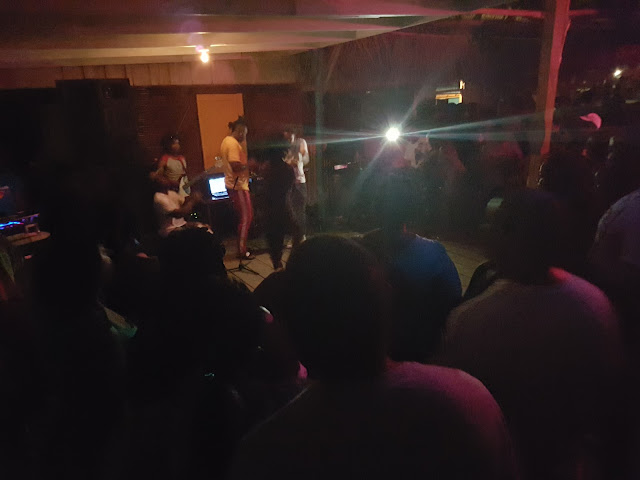 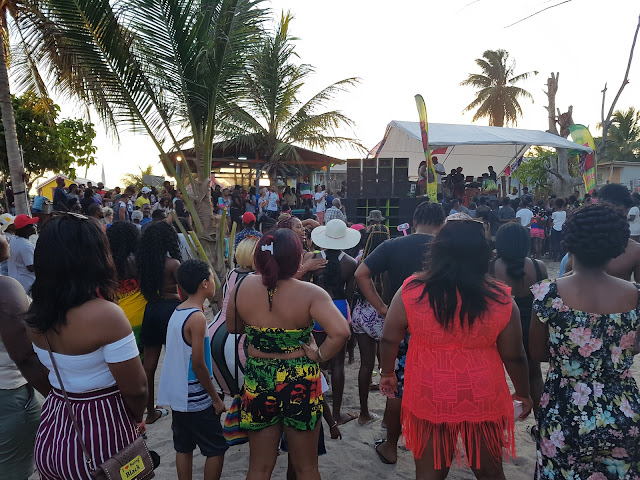 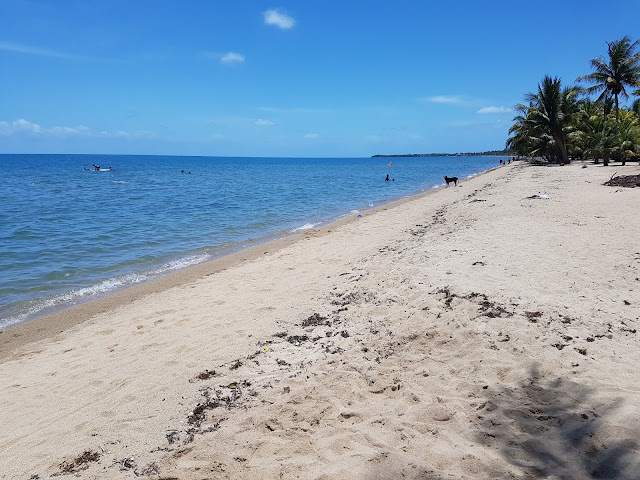 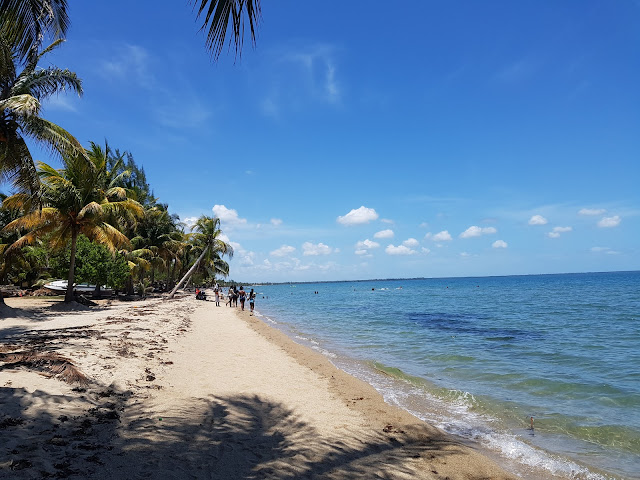 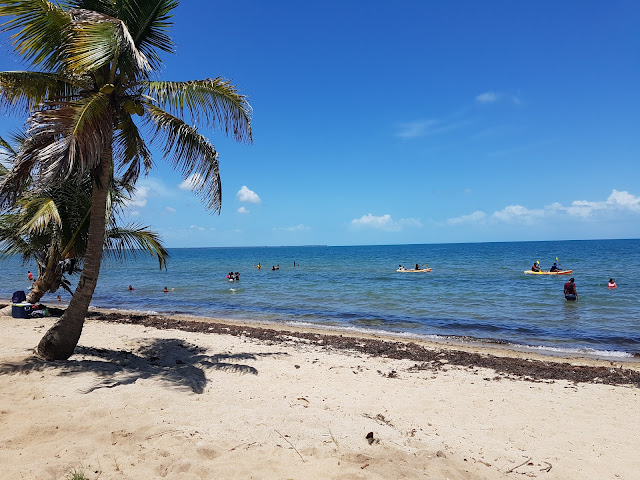 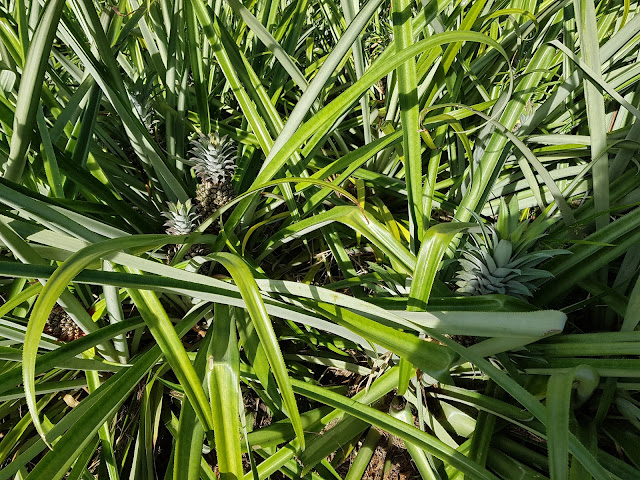 When the liquid for the "stretch mi guts" seemed thick enough Pam, Shelly and Cara started stretching and stretching it. You butter your hand so you don't burn yourself, then start with a little hard bit and stretch it, then add a little more to it and keep stretching, add more and keep stretching until it's a light caramel color and very smooth. Cara had a nice piece going, but then a Pam added a little bit that ruined it by turning it lumpy. The rest of the stuff in the pan started to get lumpy as well. Pam's mother, Orlanda, determined that there wasn't enough lime juice. So, we put everything back in the pot, added more lime juice and put it back on the fire to remelt it. Unfortunately, at this time Orlanda was busy inside making other food to sell at her stall at the Sittee River Fair. So, Pam, Cara and Shelly were charged with watching and stirring the pot on the fire. There were also beans on the fire, and while Pam was adding water so they didn't burn, the "stretch mi guts" liquid burned.  :(  Cara and Shelly were blamed by Pam for burning it (since they were the newbies), lol. However, Cara was still invited back to try it again next year - yay! 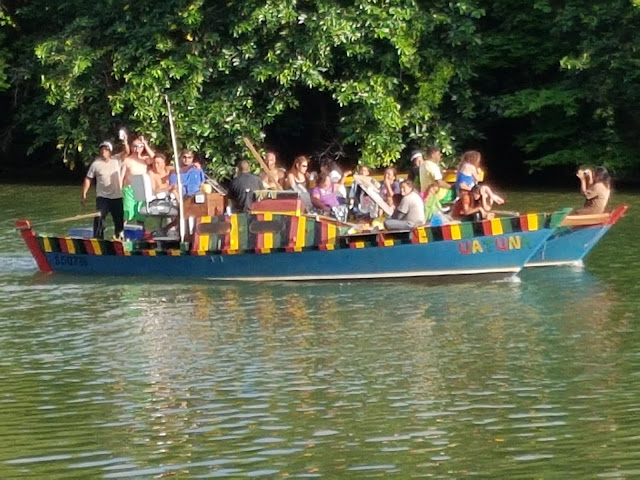 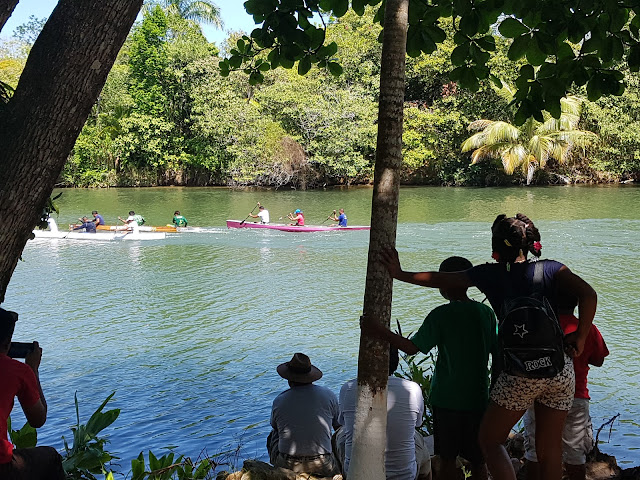 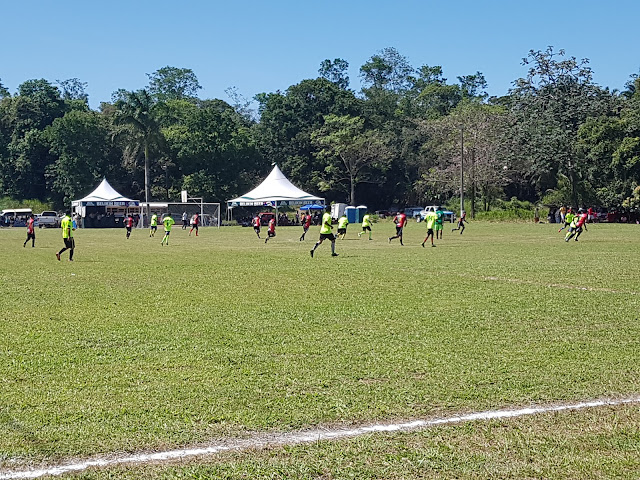 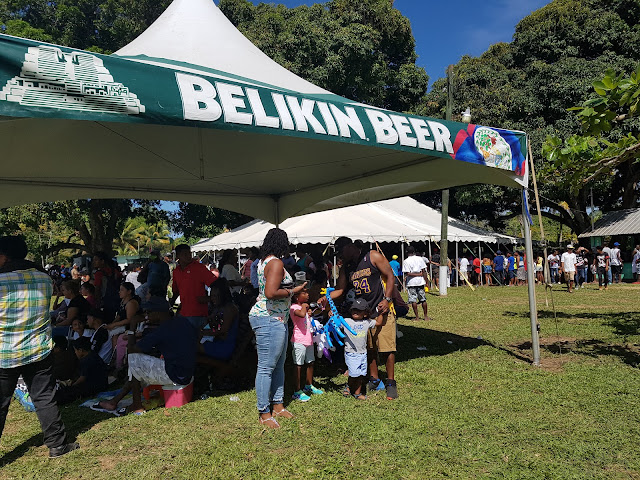 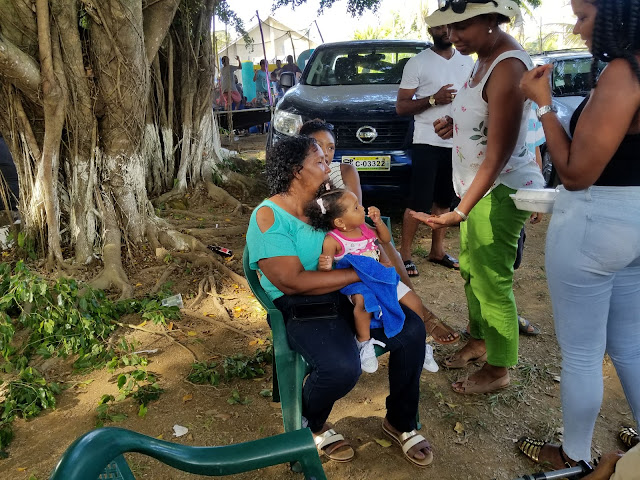 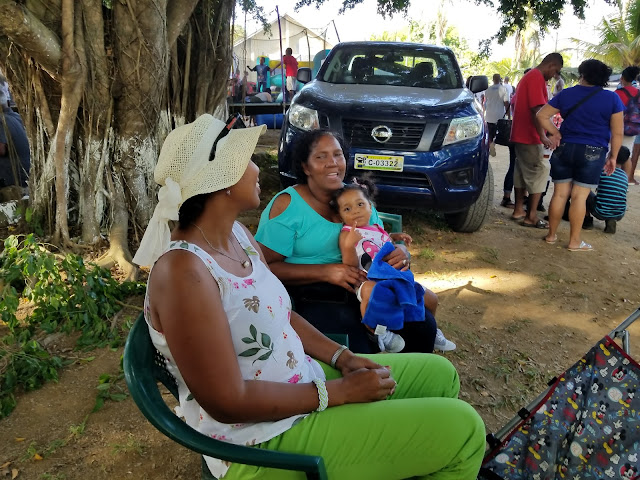 We stayed until just before dark, then drove back to Hopkins and crashed early. It was a fun, but long weekend because Easter in Belize is huge! Kids get a full two weeks off school, and for the adults it's a main party weekend.