This Halloween we attended a few different parties at bars/restaurants that were all within walking distance of each other. Many of our friends were doing the same, and we had a great time.

Posted by A Travelers Log at 11:16 PM No comments: 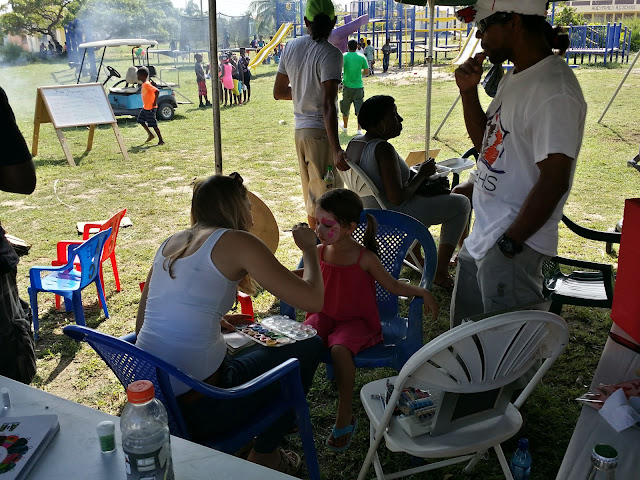 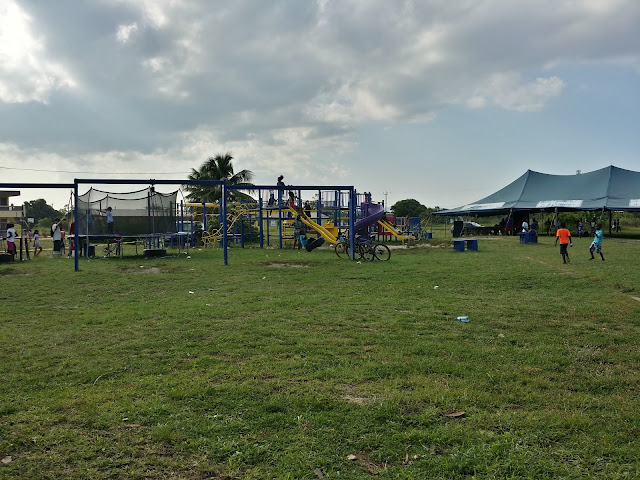 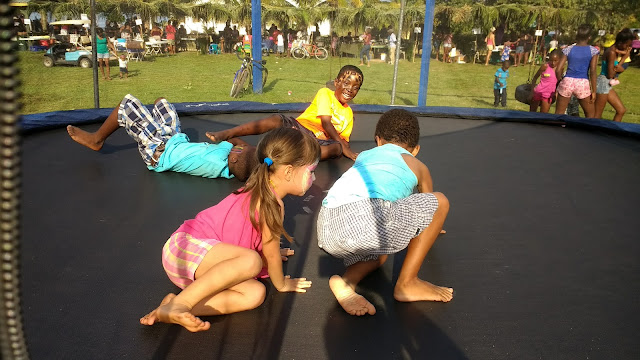 Posted by A Travelers Log at 10:01 PM No comments:


Posted by A Travelers Log at 8:36 PM No comments:

Unfortunately, Belize's past does involve oil drilling, and even offshore oil rigs, though those are all apparently capped now. However, in recent years the public has become more informed about the issue and the people are resoundingly against more oil exploration/exploitation, especially offshore where Belize is home to the largest living coral reef. The barrier reef is a World Heritage Site, but, unfortunately, that doesn't mean it or the nearby waters are truly safe from more oil drilling.

So, what happened recently that has caused an uproar in Belize, is that the government allowed two ships (owned by TGS, who sells their data to oil companies) to enter Belizean waters and do seismic airgun blasting. No Environmental Impact Assessment was done before they allowed this (there is supposed to be one), and the relevant agencies were not notified of the testing before it started. In addition, the only reason for this seismic testing is to explore for oil deposits, and the people have voted against this, and a moratorium is in place. Thankfully a huge public outcry forced the Prime Minister to send the ships away. But, that doesn't mean it's over.

Here is a nice documentary about how humans have changed and continue to change the world of underwater sounds, and the impact this has on the aquatic wildlife:


Here is another video about seismic airgun blasting. It's from more than a year ago, and it talks about it being done along the Atlantic Coast of the United States, saying it was delayed. Our understanding is that the seismic airgun blasting is already done now in that area, and those same ships that did it in the US are the ones that came down to Belize and got turned away.


If you really want to delve into the story of oil in Belize, take a look at this detailed report called Too Precious To Drill: The Marine Biodiversity Of Belize.

Whether because of fishing or tourism-related jobs, more than half the population of Belize's livelihood is directly dependent on the barrier reef and surrounding waters. Tourism is the major job industry in Belize, and people come from all over the world because of the pristine beauty here, so it's not just a Belizean issue. It is imperative that we help keep this unique ecosystem intact. If you want to help protect this jewel of Belize, here are some things you can do:

Send a letter of protest to Dean Barrow, the Prime Minister of Belize, through the WWF's website: https://makeyourmark.panda.org/belize

Send a letter protesting any further oil exploration to any or all of the following people:


Also, spread the word on social media. If you are on Facebook, "Like" Oceana Belize, WWF Belize Saving Our Shared Heritage, Say NO To Offshore Oil In Belize, and Belize Institute of Environmental Law and Policy, and share their posts about this issue.
Posted by A Travelers Log at 3:37 PM No comments:

Posted by A Travelers Log at 6:55 PM No comments: