Cara did her own thing and Eric took off at about noon down to the Saturday market...they call it this even though it is on both Sat and Sun.  They have about 15-20 different food vendors and lots of bands.  I listened so some songs, then took a nap under a big tree, watched some youtube videos, and watched an evangelist get punched because he was preaching in front of essentially a little kids playground water feature....like a little splash fountain thing.....but he kept talking about going to hell and all of this stuff and a guy told him to quit.....he kept on going so the guy went over and punched him in the arm and spilt his drink and was gonna punch him again if he kept going....but then a cop came and calmed things down. 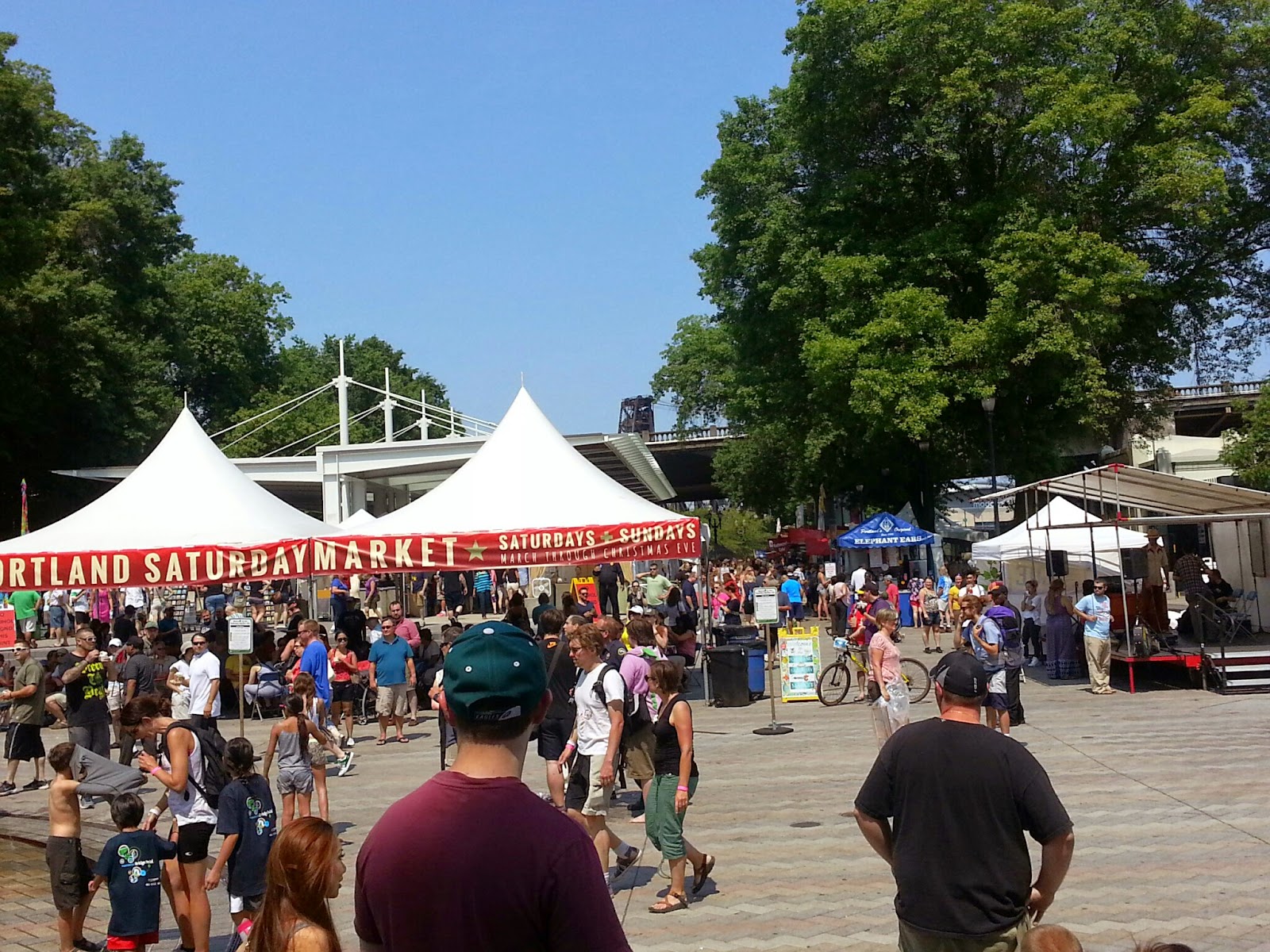 Portland is one of those places where people find ways to make money.  These people have cool bubble ropes and entertain the kids, but they have a yellow bucket there and it is full of money.  I think that there are so many straight up beggars here that when somebody does a little something that amuses your kids you figure, well at least this guy is doing something, the straight up beggars could be finding some shtick too.

From there I went around the corner and played some pinball.  I got my name up on machine :)
Posted by A Travelers Log at 4:16 PM