On the Thursday morning following Hurricane Earl, while we were without electricity and just hanging out at Mark's palapa bar, we met a couple from Texas walking the beach. The couple, Jim and Terri, were supposed to get married at Jaguar Reef (a fancy resort) later that afternoon, but the minister was in Belize City and could not make it due to the devastation up there. So, they had a venue, but no minister, and they were trying find one. We tried to find someone local that could marry them, and we did, but then they didn't need him because, unbeknownst to the couple, while they were talking to us the resort was trying to fix things as well. So, Jim and Terri thought they had everything set up to get married the next day, but when they woke up Friday morning the resort cancelled on them, so then they had a minister but no venue. Our friend Dexter, who thought he was going to be the (acting, not official) minister on Thursday, ended up being a fantastic wedding planner on Friday. Since we helped, we all got invited to the wedding.  :) 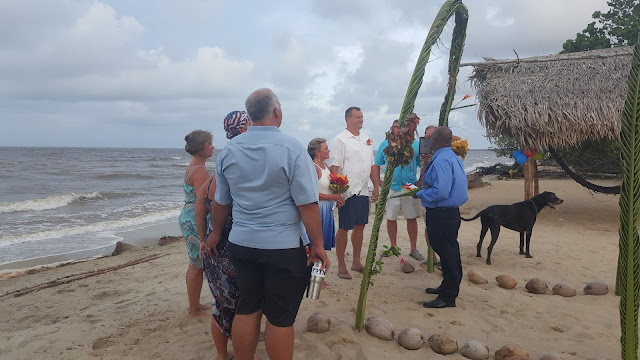 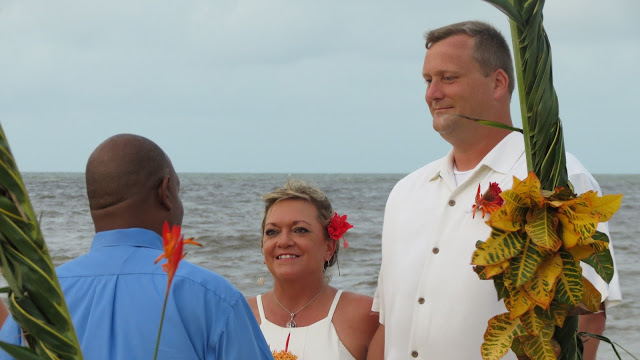 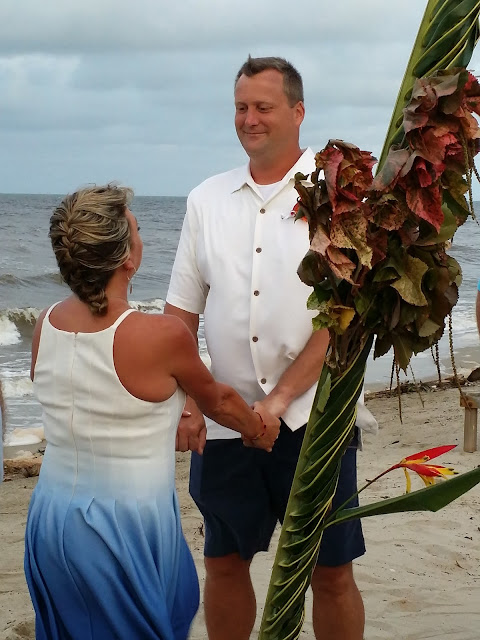 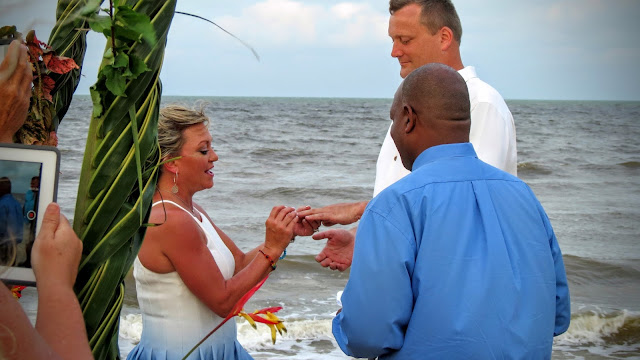 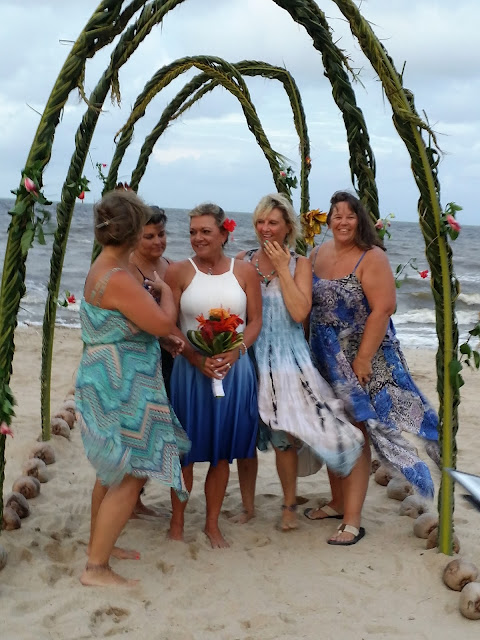 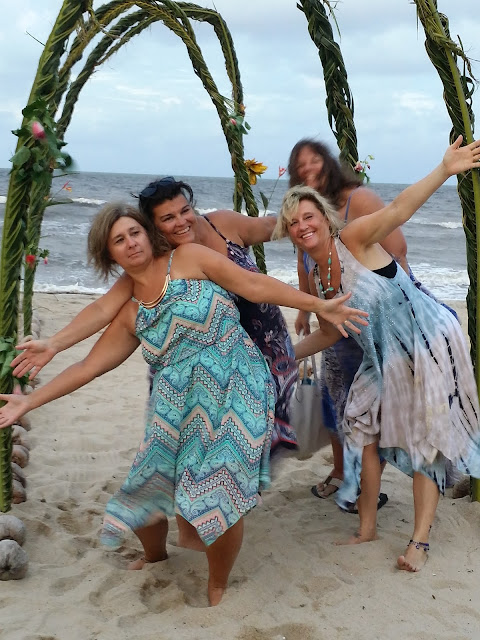 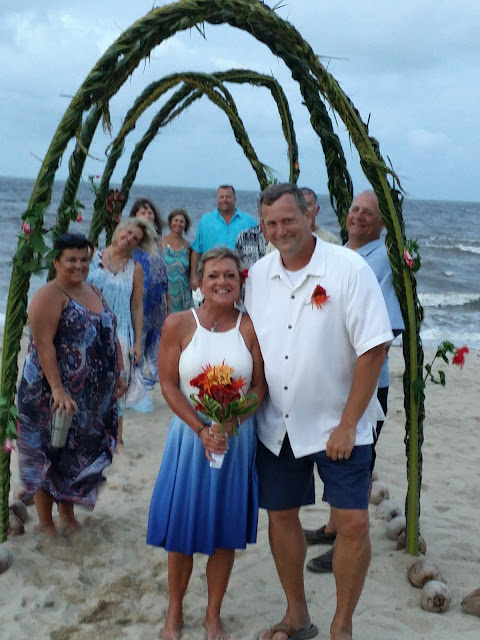 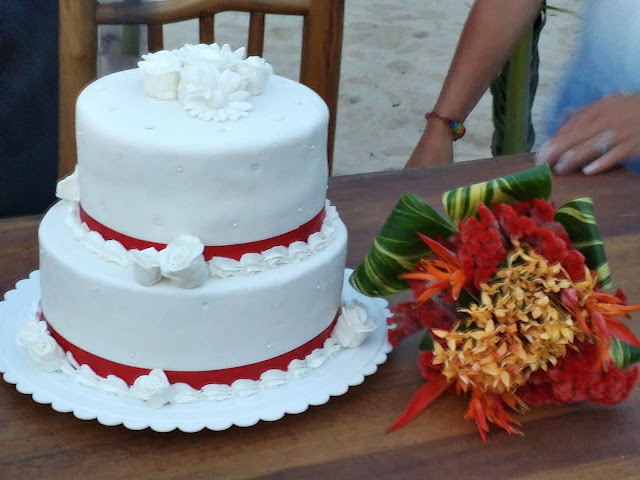 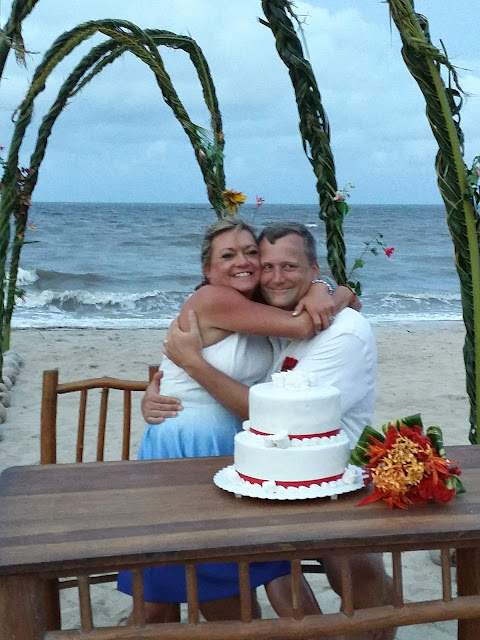 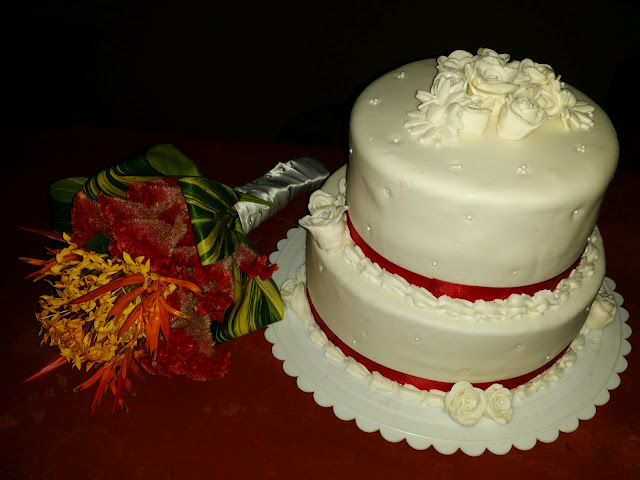 Congratulations Jim and Terri!!!  We wish you a lifetime of happiness together!

P.S. Thanks to our friend Mark for letting us use some of his pictures in this post.
Posted by A Travelers Log at 10:28 PM