We decided to drive through South Dakota on our way back to Indianapolis because we enjoyed it so much our first time (in 2005).  Our first stop was Custer, SD.  We happened to park right in front of Naked Winery, which I remembered seeing in Oregon when leaving the state.  So, we went in to sample and found that they also sold and sampled beer.  Cara tried the dry red wines and found them good, but expensive.  Eric sampled the two beers they had and liked them.

We walked around the cute little touristy town, then looked for a place to eat lunch.  Black Hills Burger & Bun had good ratings so we figured we would try it.  Eric loved his buffalo burger, and Cara enjoyed a nice homemade veggie burger called "The Lousy Hunter" (hilarious name).
Next we drove through Custer State Park.  It was during the heat of the day, so we didn't see as much wildlife as we had hoped, although we did see some of the "friendly" mules sticking their heads in cars begging for food.  We also saw pronghorn antelope young and old.  We stopped at the scenic overlook with the view of Mt. Rushmore, and as we were leaving the parking lot filled with a 50 motorcycles.
After Custer State Park we took the scenic route north, driving through Deadwood (looked like it could be kind of interesting to walk around in next time) and Sturgis (not much going on there) before deciding to stay the night in Rapid City, SD.  After checking into our hotel we walked around downtown and then had a really nice dinner at Firehouse Brewing Co.  The next day we walked around again and looked into the shops.  We found a lovely public area with a water feature, shaded seating, and music.  There was also a really nice museum about the (sad) history of the buffalo.
We also learned that Rapid City is known as the City of Presidents because of the many life-size bronze statues of presidents that populate the downtown area.  Following are just a few of the ones we encountered.  Do you recognize the Presidents? 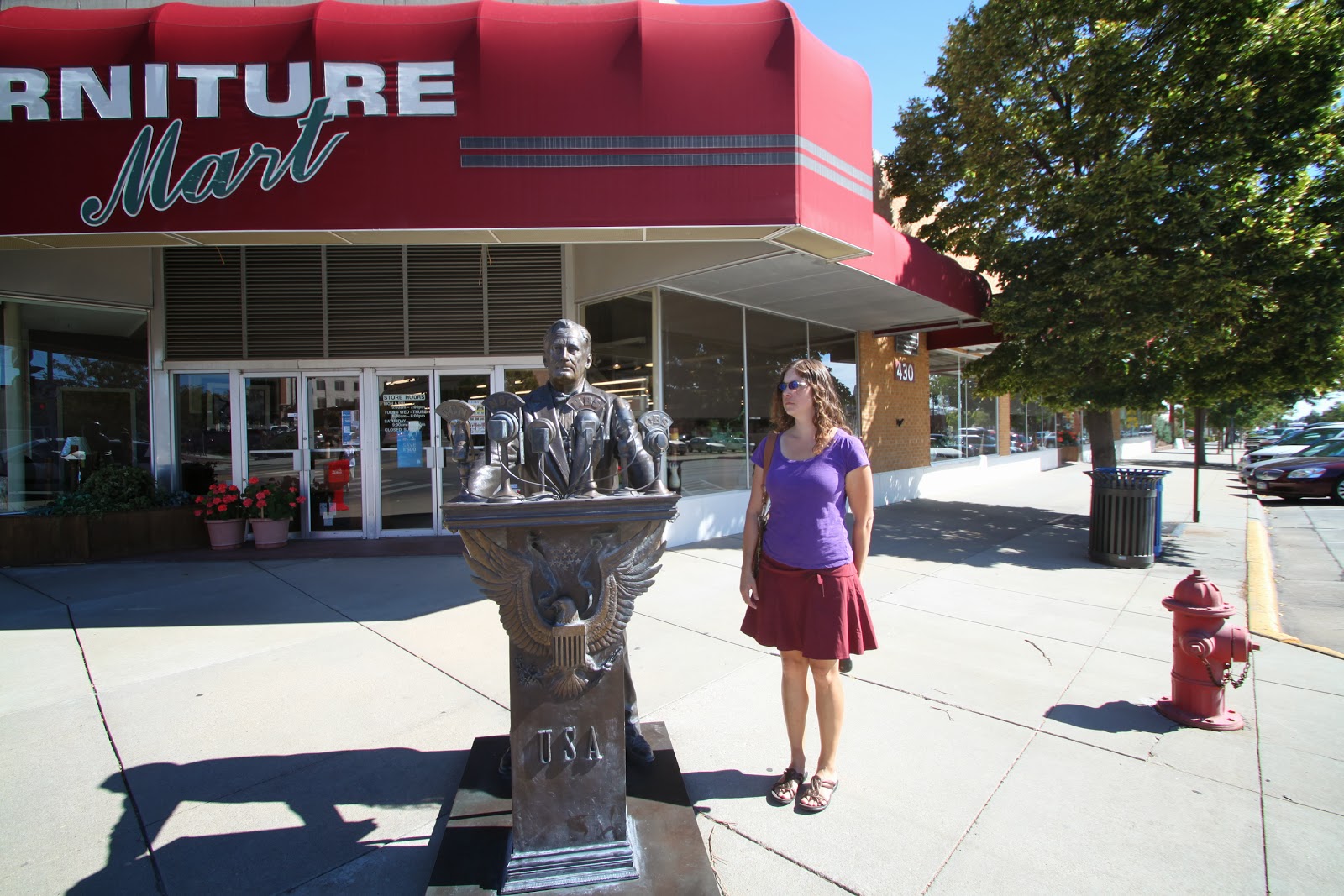 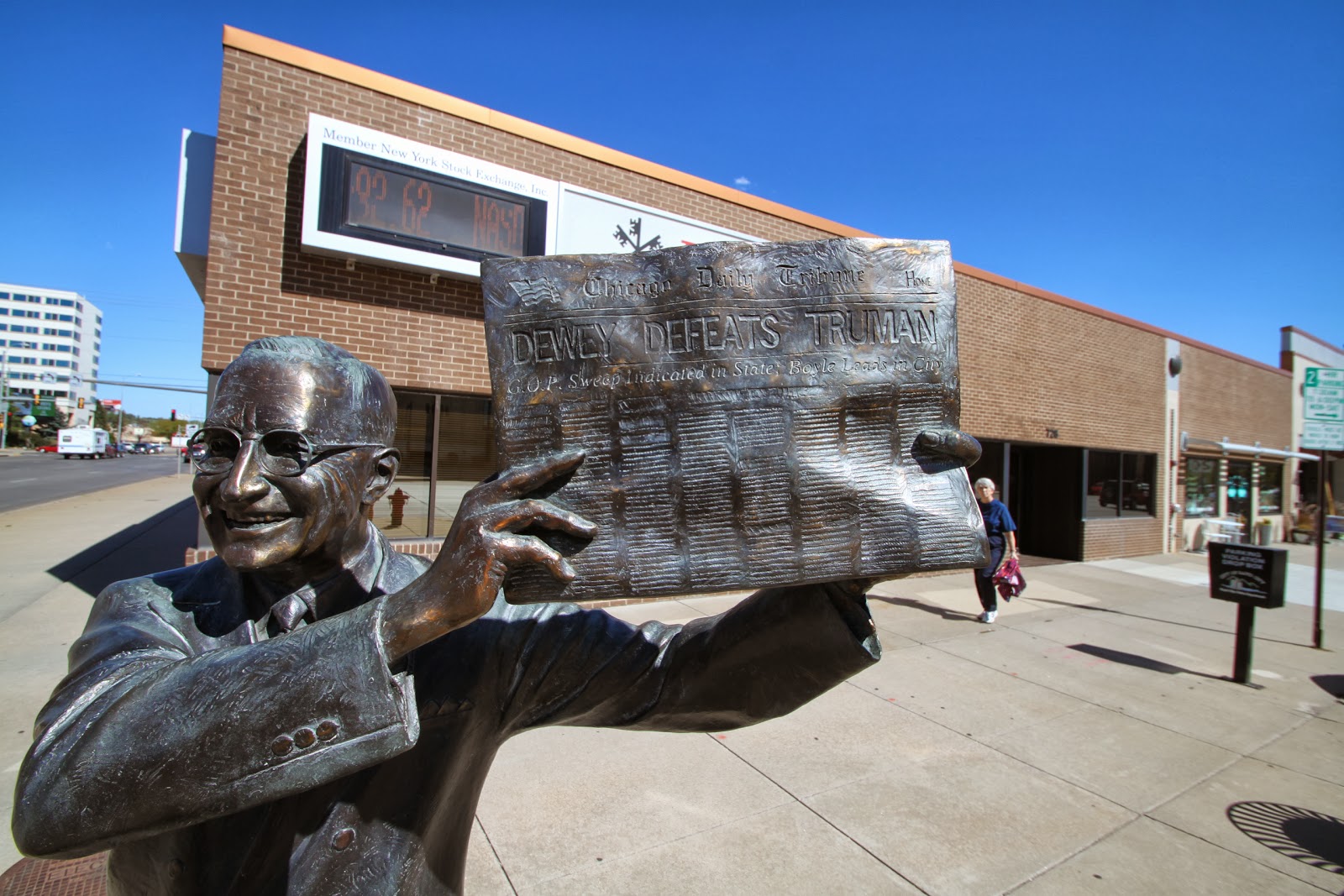 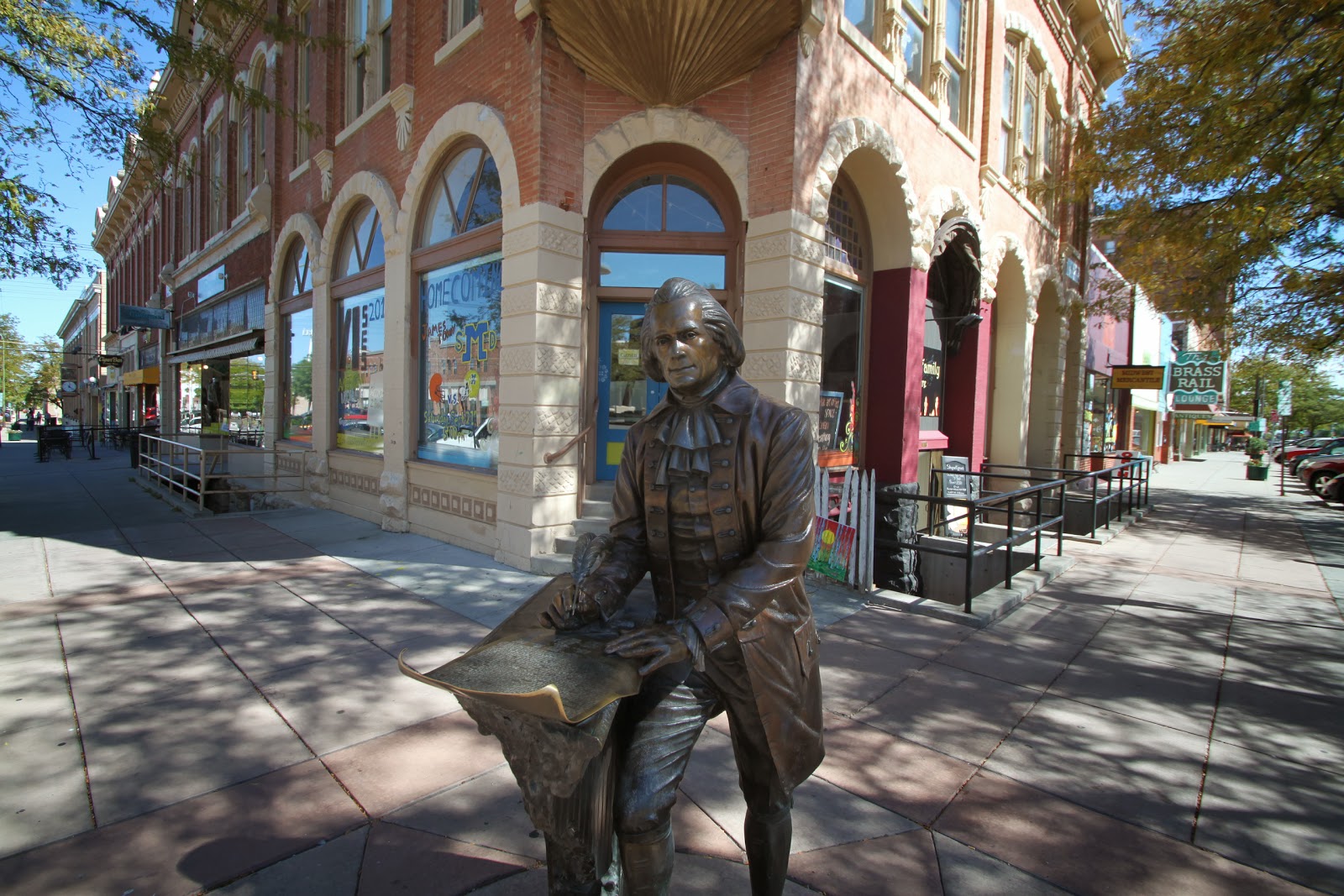 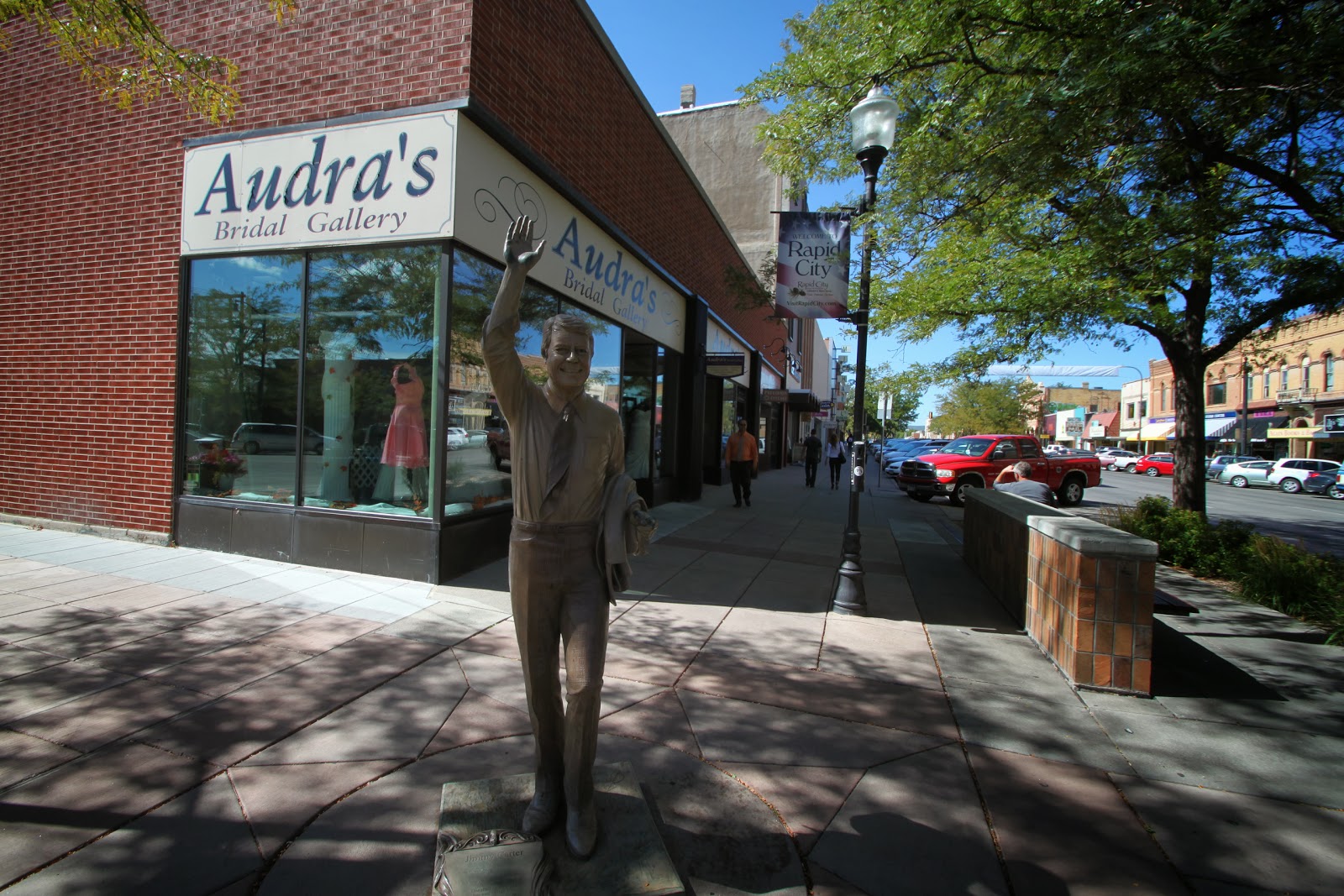 We planned to do a cannonball run back to Indy from here.  We set up the back of the car with our camping pads so somebody could fully stretch out and sleep while the other drove, and we planned to switch off driving and sleeping to keep the car going through the night.  It worked like a charm, and we were back safely in Indy Thursday morning.